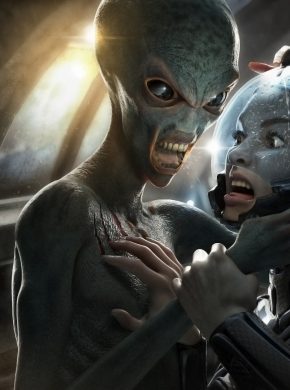 No one has heard anything out of this sector for weeks. A team was even sent in to re-establish contact, only they never reported in. Something has happened and your force has been selected to work out exactly what. As you arrive it soon becomes quite clear what you are in for… There has been an infestation lurking underneath the ground, and they are coming out now.

It’s not a question of if you can survive, but how long can you hold out for?

Attacker Force
Regardless of the game, you are going to need a single unit to represent the horde of infested models that will be attacking you. Some good examples might be:
Zerglings/Hormagaunts/Bugs/Spiders
Undead/Skeletons/Zombies/Mutants/Demons
Robots/Automated Sentry Drones/Necrons
Infected Members of your own squad/Pirates/Cultists/Terrorists

They don’t have to be any particular kind of unit, but it does help if they are melee predominantly, or short ranged at most. I have had some success with long range but limited ammunition. Play around, have fun.

Defender Force Size:
This is really up to you. The original inspiration of this comes from the Hormagaunt Challenge by Games Workshop which suggests 500 points of 40k minis. (A Skeleton Crew army… 2 troop squads and 1 hq.) But I have played this with a single squad in 40k, a single lance in Battletech, a Massive Battalion in Battletech, a team of 7 heroes in Heroclix.

This is one element that gives this scenario great replayability. To play again simply change the force size and the infester. It truly is a really simple and fun scenario.

Board Size: As with all of Arjade’s Scenarios, the board size isn’t too important. In this instance a smaller board is better than a larger board in order to prevent too much time being wasted on moving infestation models to the defender. For a 28mm game, 2ft x 2ft boards would suffice. For 6mm games 1ft x 1ft would be plenty of room.
Terrain Density: DENSE It is recommended that the board be divided into 9 even sections, each section having about 75%-90% of the footprint covered in some kind of terrain. This gives the infestation creatures somewhere to move, and also your models somewhere to hide.

Spawning an Infester
To spawn an infester, randomly select a spawn point from which they will come out of. The immediately get 1 free movement as they enter the battlefield regardless of when they spawn.
Killing an Infester
Whenever an infester is killed, spawn 2 additional infesters to replace it.
Each set of infesters is spawned together. If a group of infesters die together, spawn the replacements for the entire group together.
(Optional) Auto Spawn
Each Spawn Point can Auto-Spawn 1d6+[Current Turn] additional Infesters each turn.
(Optional) Bulky Infesters
If you have few models to represent infesters, you may delegate a “Bulky Infester”. This infester contains the same number of stats as a group of infesters, but all are represented by a single model that is clearly differentiated. (ie: 5 zerglings are meant to spawn, lacking that many models, I instead spawn 1 zergling with clear colour differentiation to represent 5 zerglings. Although this is only 1 model it is considered to be 5. Think like a poker chip.) 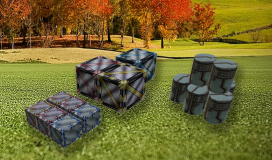 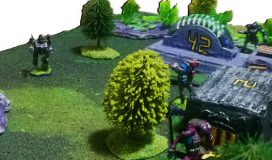